“Estonian CIT,” also called the flat-rate tax on company income, is a new, alternative form of income taxation of companies introduced in 2021. Estonian CIT offers a significant incentive for limited-liability companies and joint-stock companies due to its attractive model for settlement of income tax and the possibility to defer payment of tax until distribution of profit from the company. The Estonian CIT model is also characterized by an absence of separate tax accounting and minimal administrative duties.

Are you interested in current changes in regulation? Check updates!

Estonian CIT is addressed to micro, small and medium-sized companies whose annual revenue does not exceed PLN 100m. This new tax scheme is accessible to companies whose shareholders are exclusively natural persons.

But these are not the only conditions that must be met to take advantage of this form of taxation. Estonian CIT can be claimed by taxpayers meeting all the conditions set forth in Art. 28j(1) of the CIT Act, namely:

As demonstrated in the first months since introduction of this new form of taxation, taxpayers regard the rules for applying Estonian CIT as complicated. If you are thinking of implementing this new solution in your company, contact our experts. We will examine your situation comprehensively, and tailor the proposed solutions to the needs and capabilities of your business. 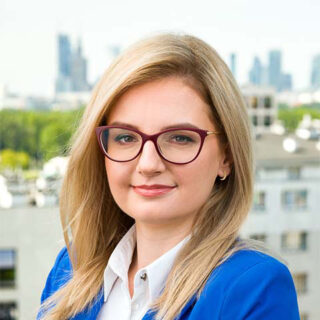 Can a taxpayer applying Estonian CIT also claim other relief for innovations?

Estonian CIT excludes simultaneous use of other tax incentives. This means that the taxpayer will not be able to claim, for example, R&D relief, the IP Box, or relief for bad debts.

For what period can a taxpayer apply Estonian CIT?

When deciding on Estonian CIT, the taxpayer elects this form of taxation for a period of four years, and can extend it by further periods of four years if it still meets all the conditions for using the Estonian CIT system.

Is Estonian CIT a more advantageous form of taxation than classic income taxation?

There is no definitive answer to this question, but an advantage of Estonian CIT is deferral of taxation of the company’s income. This means that the income is not taxed until it is distributed for consumption purposes, rather than being taxed during the year when the income is earned. It is thus an advantageous form of taxation for companies seeking to expand their operations. It should be pointed out, however, that if the company decides to abandon this form of taxation, the taxpayer will have to pay income tax for the period when Estonian CIT was claimed, and not at the rate of 9% or 19%, but at 15% or 25%.

Global minimum corporate tax to be introduced in 2024?

In what field may we support you?